The Arms of the Father-Mother

It was in the early days in England when I met her. She was awakening humanity to the Light of the Great White Brotherhood even then. Opening them to the doctrines of the East and bringing to life the spirit of hope in a world where the dogmas were beginning to cause death to the spirit. Life around Blavatsky* for me, was wonderful. 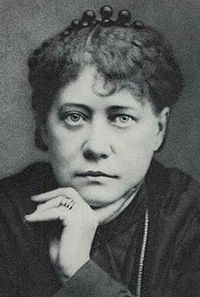 Everything began to make sense and fall into place. I loved the knowledge, the study, the learning, intellectualising with concepts of theosophy and spirit. At that time in England I had a real sense of inner peace, as if I was privy to knowledge that was the substance of what life was made of. I revelled in it and enjoyed the fullness it gave to my life. At the time I was not fully aware that the contentment and the joy and the ease with which my life flowed, came from being so close to such a great soul. I took it for granted.

I established many connections at the meetings which were held in the theosophical light, with many who were at the fore at that time. Centres were being set up throughout the world. At one point I travelled to America following an inner calling to spread the knowledge and the Light. It was at that time that I came in most contact with Mr. Sinnet*  with whom I felt a great affinity. 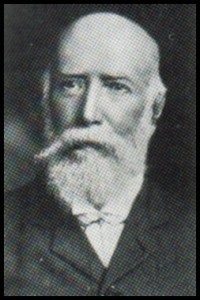 We were pioneering in many ways and began to work with all our efforts on establishing the new centre. We held meetings, ran newspaper articles and talked for hours at length on the veranda of Sinnet’s home about the principles of theosophy. Slowly but surely, the more sure we became of the knowledge, the more intellectually we took it, the less it held the Light. It became instead like a stultifying dogma that Blavatsky in her wisdom had been able to lift us from.

I thought I was connected to her without realising that that connection was becoming less and less possible the more my desire life came into play. I began to feel a passion for Sinnet who himself was quite an impassioned man and I began to look for God in the man rather than for God in Truth in order to quell my desires. My concern became that of self-satisfaction and I was unable therefore, to discriminate. For a long time I became self-deluded, thinking I was in strong connection with the Great White Brotherhood when I was further away than ever. Blavatsky was the link to the Hierarchy and in my desire for passion and obsession with Sinnet, I was ignoring that link. 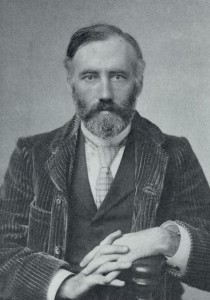 It took some time for me to realise the Light had gone. The ceremonial work which I took part in had an energy about it that I could readily feel. Unbeknown to me, it was of a much more gross nature than it would otherwise have been if the link to the hierarchy had remained pure. The more I took part, the less comfortable I felt and a sense of disillusionment filled my being. I went searching to other theosophists of the time and prayed to God that I be connected again to the true Christ spirit in all. Years passed. I found Judge* and worked with him, a dedicated and beautiful soul.

Then one day I met her again. Our eyes connected and my heart welled with tears for I saw in her eyes, the Christ’s Light. It took me back to the time of Jesus, those who have seen His eyes can never forget and cannot but help feel the call, even if they do not respond immediately, the eyes call for lifetimes hence and finally there will be response. Through Blavatsky’s eyes I could see the Christ, through the Master Jesus I could see the Christ and through Ananda,* I see the Christ. 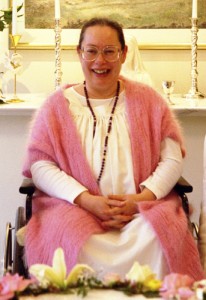 That one look in that life was enough to keep me on track and working for the Christ for the rest of that life, for I knew what it was to be without that Light following instead the desire nature. Eventually the desire nature leaves one empty, insatiate and forever in a state of want, especially if it is still pursued when one has been touched with the Light of the Master.

Through helping Judge, acknowledging Annie Besant* and the spirit of Blavatsky which lived on in her, I could do much for the cause. I worked readily in the background in no need of the limelight for I had found the Christ within.