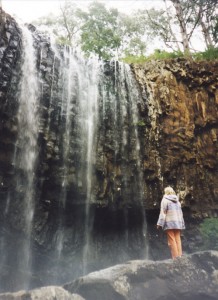 After a spiritual awakening and death experience in 1983, Tara began working as a spiritual healer, counsellor, teacher and group facilitator.

Her main interests were the study of Divine Wisdom (Theosophy); Jungian psychology; music; native spirituality; being in nature; painting and other creative endeavours. 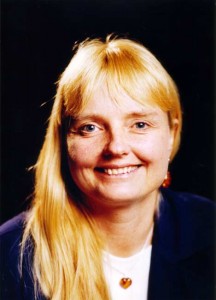 Tarajyoti ascended 5 April 1999 after many years of devoted work.

(Writing by Arjuna at Tara’s ascension)

Tarajyoti Govinda was born Cheryl Anne Brew on 6 September 1958. Forty years later she ascended into Spirit on Easter Monday 5 April 1999 to further her work for the Divine Plan.

After a spiritual awakening and death experience in 1983, Tarajyoti began working in the field of healing and counselling. She travelled extensively in Scandinavia, New Zealand, America and within Australia conducting workshops on spiritual and psychological development, helping people to synthesise the spiritual and psychological realms. She also spent several years in India before returning to work with her Teacher, Ananda Tara Shan.

Tara worked with psychology, spiritual healing, guided imagery, regression, theosophical understanding, and joy, to help others come to know their wholeness and establish communion with their inner life.

Her main interests were Theosophy (the study of divine wisdom); Jungian psychology; music; native spirituality; painting and other creative endeavours. She had infinite time and energy to give to others in need and is remembered with love by all who met her.

Soon after the moments of her “death” I felt her say to me; “The most important thing in life is love.”

In her first book, the autobiographical ‘The Language of the Heart’ Tarajyoti describes how she previously experienced death in 1984 when both her lungs collapsed. She was on a life support machine for seven days and experienced life on the inner levels as ‘the most conscious’ she ‘had ever been’. Re-entering life on Earth Tarajyoti recognised in her teacher, Ananda, the Light of Christ that she had just experienced on the inner levels.

Soon after the moments of her “death” I felt she say to me “The most important thing in life is love.” and “There is nothing whatsoever to worry about.” When I returned home I discovered another message from Tara which came from random words scribbled on a page. When I wrote down the words that stood out on that page the message read “Let go and accept the flow of life.”
and “Don’t forget the joy” a friend heard her say, from the inner realms.

Out of a great ocean of compassion, the Lord Jesus took my sister in spirit Tarajyoti with Him to live and work in the world of Light to which Tarajyoti really belonged. Tarajyoti passed on rapidly, the Avatar of Will taking her last breath in the mortal world, helping Tarajyoti to ascend into the welcoming hands of Jesus, Who annointed her as a new saint in the immortal world.

My dearest Tarajyoti, with whom we all walked in great companionship, our joy, our spark of light, a heavenly daughter come as human, leaving as an angel. As a star on the heavenly firmament, she now glows, and to all who pray to her for help, she responds with an even greater joy and light than she exhibited in her earthly life.

Her smile was beautiful, now it is divine. Her talents were many, now they are brilliantly displayed by her angelic auric emanation for all to see, for all to feel. She was so one-pointedly centred in deep devotion to her Master, so willing to serve His Cause, so helpful to her teacher, that our Brother Jesus took our sister in spirit to be one of His angels in heaven’s worlds; and we who knew her will never see her again in her physical form, but will meet her as Lady Tarajyoti, who prays for us and lives for us, who has taken with her all fear of death and dying, and has left us with strong love of life as an example for many to follow.

She has become the first to ascend through Lord Maitreya’s guidelines to the Children of the Heart. Never shall she die, for she continues her new life in our hearts, where we shall remember her for as long as we live and even after that.
In many lives still to come, I shall walk with my dear Lady Tarajyoti by my side. So many lives we have shared, so many lives yet to share.